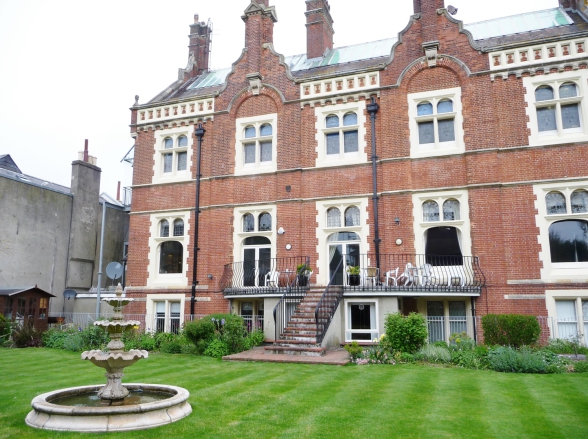 The Hove Club traces its origins back to 1882 when the club was founded as the “Hove Reading Rooms” and was located in the Willett’s building at the north east corner of Grand Avenue.

Initially the Club’s membership had a strong military and professional bias and by the 1890s it had become so successful in attracting new members that it expanded into more comfortable accommodation in Third Avenue. It was then that the new name of “The Hove Club” was adopted.

A few years later, the Club's function was defined by its first rule  - “To Provide a suitable and agreeable place for Gentlemen” - there was still a great emphasis on communication with the reading of papers and telegrams of the day. The playing of games was always a part of the Club’s activities and included golf, billiards, whist, chess and more latterly the provision of bowls and croquet.

The club continued to flourish and was able to commission the design and building of the imposing premises in Fourth Avenue in the heart of Victorian Hove at the considerable cost of £5,882. The Club took occupation in 1898 and still occupies this magnificent building today.

The Hove Club, for much of its early life, would have been considered the microcosm of the important men in Hove's civic life. Today, in an advanced world, and with the importance of communication now globally recognised, the club still continues to attract worthy, like-minded people, from a much wider range of professional and business backgrounds - individuals who embrace and enhance the social aspects of club life.

Up until the most recent times membership was strictly for gentlemen, a formal dress code was enforced and ladies were only allowed associate status. Now, the strict dress code has been relaxed and ladies can become full members and make full use of all the facilities available.

The fact that the Club is still established and attracting members after 136 years is not only testimony to the quality of the foundations instituted by those original founders - their foresight should be applauded - but also to the upholding of those principles by today’s members. A broader outlook combined with a modern approach to keep pace with current changes in trends and demands, will ensure the continuance of one of our longest running institutions.

The Hove Club is an exclusive Members Club for business and professional people. It offers a unique ambience in one of Hove’s most elegant buildings,and is listed Grade 2

Applications for membership are welcomed and can be made through "How to join".

Times may change when events are being held

For clarification,this is as below:

Tailored open-neck shirts or blouses including polo shirts, no T-shirts.

Tailored shorts from 1st May - End of September

Jeans permissible but not ripped, torn or dirty ones ("Designer" Jeans with rips and tears are NOT allowed

Sportswear is not permitted

Shoes, boots including deck shoes and smart trainers are permitted, but not Wellington Boots, flip flops or sandals

There might be some alterations in the event of very hot weather See Notice board.